This is the literary prize, awarded to the best novel published in the past year and identifying a new generation of modern classics. Titles like Shuggie Bain (Douglas Stewart), Girl Woman, Other (Bernardine Evaristo), and Wolf Hall (Hilary Mantel) are still hugely popular in the shop and on constant re-order.

Talking of which, we can order or set aside any of these titles for you – fill in our online order form – and we’ll do the rest.  Do it before 4pm and if it’s in stock with our supplier, we’ll have it for you next day (except Sundays). We’ll even text you when you can collect it.

It begins with a message: a telephone call informing Krishan that his grandmother”s former care-giver, Rani, has died in unexpected circumstances, at the bottom of a well in her village in the north, her neck broken by the fall. The news arrives on the heels of an email from Anjum, an activist he fell in love with four years earlier while living in Delhi, bringing with it the stirring of distant memories and desires. 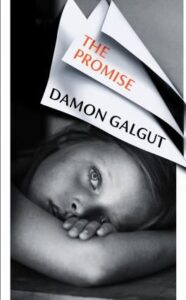 The Promise charts the crash and burn of a white South African family, living on a farm outside Pretoria. Anton and Amor detest everything the family stand for – not least the failed promise to the Black woman who has worked for them her whole life. After years of service, Salome was promised her own house, her own land… yet somehow, as each decade passes, that promise remains unfulfilled. 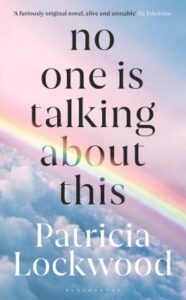 No one is Talking About This

A woman known for her viral social media posts travels the world speaking to her adoring fans, her entire existence overwhelmed by the internet – or what she terms ‘the portal’.

Suddenly, two texts from her mother pierce the fray: ‘Something has gone wrong,’ and ‘How soon can you get here?’ 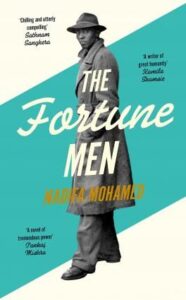 Mahmood Mattan is a fixture in Cardiff’s Tiger Bay, 1952, which bustles with Somali and West Indian sailors, Maltese businessmen and Jewish families. He is a father, chancer, some-time petty thief. He is many things, in fact, but he is not a murderer.

So when a shopkeeper is brutally killed and all eyes fall on him, Mahmood isn’t too worried, secure in his innocence in a country where, he thinks, justice is served.

Theo Byrne is a promising young astrobiologist who has found a way to search for life on other planets dozens of light years away. He is also the widowed father of a most unusual nine-year-old. His son Robin is funny, loving, and filled with plans. He thinks and feels deeply, adores animals, and can spend hours painting elaborate pictures. He is also on the verge of being expelled from third grade, for smashing his friend’s face with a metal thermos. 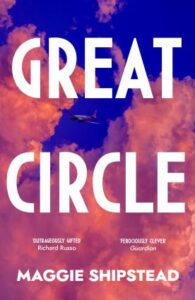 This monumentally powerful epic weaves together the astonishing lives of a daredevil female aviator and the Hollywood rebel who will play her on screen.

At the core of this story is the indomitable Marian Graves and her twin brother Jamie, twice abandoned by their parents. Marian and Jamie grow up roaming Montana forests, more comfortable with landscape than with people.